This October: THE TRAGEDY OF MARIA MACABRE at the Wild Project! 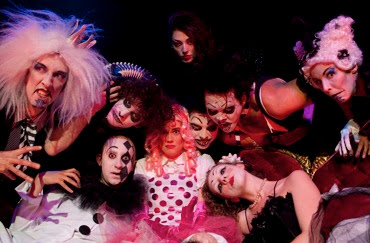 
After performing to sold out houses at Dixon Place and the Access Theater last March, back by audience demand is The Tragedy of Maria Macabre!

This theatrical dance piece is inspired by 19th century European Circus imagery, silent horror films, and el Dia de los Muertos. The story begins at the end of the life of our twisted heroine, Miss Macabre.

Upon dying, Maria Macabre is not granted eternal slumber, but instead a whirling, kaleidoscopic carnival of horrors: a morbid funhouse where humanity is stripped away and a permanent place in the gruesome chorus line is all but assured.


The production is conceived, designed and choreographed by New York Innovative Theatre Award nominated directed and choreographer Rachel Klein (Circus of Circus at The House of Yes). The creative team will include Costume Design by Rachel Klein and Kae Burke (Winner of the 2011 New York Innovative Theatre Award for Innovative Design), Sound Design by Sean Gill, Lighting Design by Ben Kato (nominated for the 2009 Drama Desk for Outstanding Lighting Design of a Play), Calligraphy Design by Pak Kei Mak, Feather Design by Ashley Monroe, Makeup Design by Anita Rundles, and Costume Construction by Make Fun Studios. The production will be Stage Managed by Marina Steinberg. Press by Emily Owens PR.


The Tragedy of Maria Macabre will play a limited two-week engagement at The Wild Project (195 East 3rd Street between A and B), October 20-30; Thursday through Saturday at 8pm and Sundays at 5pm. Tickets ($20) may be purchased online at www.smarttix.com or by calling 212-868-4444.
Posted by Sean Gill at 4:10 PM No comments: 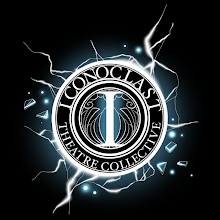